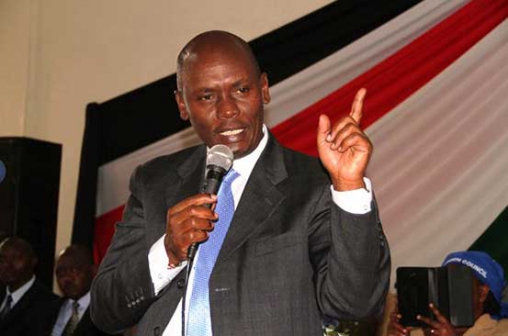 Mt.Kenya Region Is Marginalized. Only BBI Will Save Us. Kabogo

Former Kiambu governor William Kabobo now claims that the Mt. Kenya region is now marginalized. Kabogo was addressing church members at Kiambu where he had attended a fundraiser. Kabogo who was opposing the building bridges initiative (BBI) earlier, now wants the region people to embark on it. Kabogo said that the BBI is the only thing to save the M.t Kenya region since its advocating more resources and funds. He is now urging Kenyans to support BBI to save the country from sinking. Kabogo is among ex-governors who served only for a single term before being kicked out. Kabogo lost his sit to Waititu in 2017 who later was impeached and replaced by his deputy governor Nyoro.

William Kabogo jumping from a chopper