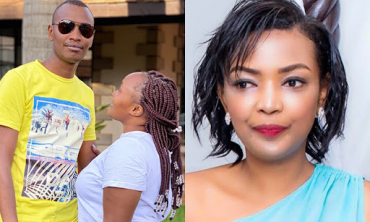 Samidoh and Karen Nyamu photos have now been trending for a whole weekafter their assult drama. Kenyan Benga singer Muchoki Aka Samidoh has now entered the list of the artists who clout chase to get followers especially when they are releasing new songs. They usually do script/planned dramas and scandals in order to trend and captures people’s attention online only to later release new video songs. Samidoh and Karen Nyamu’s drama has now been trending for the whole of this week. This came after Nyamu went Live on her Instagram account to expose how singer Samidoh allegedly assaulted and insulted her.

Samidoh’s Mpango Wa Kando Karen Nyamu Fight. Samidohs wife and Karen Nyamu photo Source: Facebook In the video, Karen Nyamu claimed that the singer punched her in the face and calling her a prostitute. The city Lawyer also claimed that she is 3 months pregnant for the artist. The two already sired a child late last year after denying several times to be in a relationship. Samidoh even publicly on national television claimed they were just friends. The singer is yet to respond to the claims.

Karen Nyamu Photos With Samidoh. Samidoh and Karen Nyamu Photo. Source Facebook The drama began when the two started to spend time together and even share their photos online. Karen even went ahead to insult Samidoh’s wife online using pseudo accounts. This forced the singer to make a public apology to his fans through a Facebook post. The post received over 120k likes and more than 20k comments Now the drama looked liked cooked to help the singer trend and then release a new song. Samidoh released his new song on 14th August 2021. This comes just a few days after their drama with his mpango wa Kando. Many Kenyan artists have used this technique before among them being Size 8, Ringtone, and Bahati. . 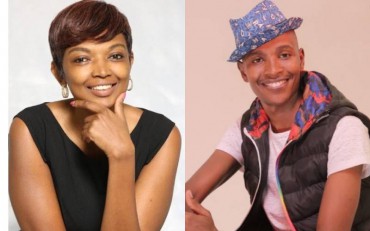 Karen Nyamu has now twisted the story to defend herself. After confronting Samidoh wife last week and this week she now claims she was not aware. According to her Samidoh did not have ring in his finger to show she was married. Karen was speaking to bonga na jalas show in Youtube when she openly claimed she knew Samidoh was married after 4 months and she was already pregnant. Samidoh was forced to make a public apology to his wife and fans on Monday 1st. The two kept denying they are in a relationship until samidoh was capture on video babysitting Karen’s son. However, on that apology, Samidoh vowed to take good care of his son. The three have been throwing shades at each other on their social media accounts. People started suspecting that the two are not just normal friends last year when Samidoh allegedly visited Karen Nyamu during her baby shower celemony. 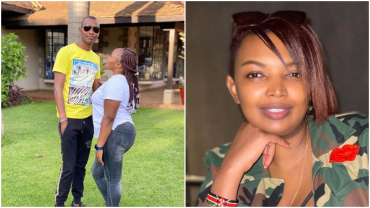 Kikuyu Mugithi artist has now admitted that he cheated on his wife with Kare Nyamu. He had late last year denied the allegation when Nyamu was celebrating his baby shower. Samidoh now wants his family and fans to forgive him for acting irresponsibly. He regrets his actions and believes he has set a bad example to his fans. He now wants fans to stop trolling him and his family.

Samidoh And Karen Nyamu Despite him regretting the irresponsible action he has vowed to fully support his child with all means.

I have put my family and myself in a bad situation.It is true I had a friendship with ms. Karen Nyamu and its this involvement that led to the birth of an innocent child whom I have and will always support both emotionally and materially.I am a proud father to my children.

I am however perturbed by the motive and timing of these past videos which have led to unnecessary trolling of the child and my wife, I have never left my wife of 11 years for another woman.I apologized to her and my family before.

I now apologize to you my fans for setting a bad example.I take full responsibility for my mistakes which I regret.We have had our own shares of ups and downs but we are stronger and happy together.” Samidoh 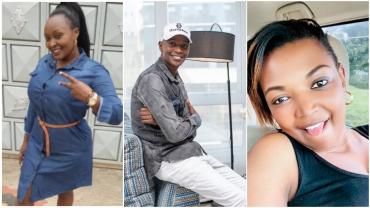 Celebrated Kikuyu benga music artist Samidoh Muchoki alias Samidoh has found himself in a tough position online. This is after his mistress who is a lawyer and politician Karen Nyamu shared a video of them enjoying a good time with their son. The two were seen severally last year but denied having a relationship. Samidoh allegedly visited Karen Nyamu on her baby shower celebration. This is when their relationship started hitting the internet. A video shared online by Karen showed Samidoh holding his son and having a good time together.

Samidoh’s wife Edday Ndiritu was involved in an accident after Karen confessed her love for Samidoh. Although she was not hurt she went ahead to blame Nyamu for the scene. Karen is now admitting to be troubled by the woman who sired a son with her husband. Samidoh is not commenting on that. he has decided to stay dumb and watch as the two crash.

“I was trying to run away from that relationship but I could not and that is why I said I could not compete with her or leave her. I thought my head was not okay, I wanted to leave but it was impossible,” Samidoh

Samidoh has admitted that he can no longer run from reality. “The relationship is difficult to hide” he noted. He has two children with his wife Edday Nderitu.

“I will never stop posting my family! i have nothing to hide in my life” She wrote

“Some of you suggested that he probably does not post my photos because he does not love me. Posting is for boys and women,” Karen