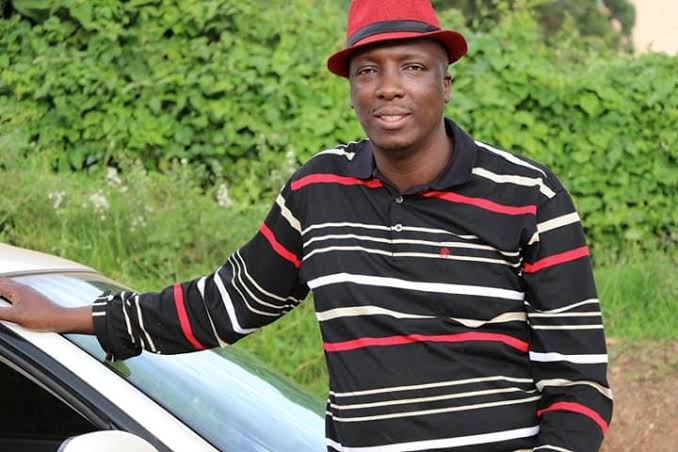 Gatonye Wa Mbugua is Kameme Fm’s boss, the most popular Kikuyu Radio station owned by Media Max company based in Nairobi. The company owns multiple media outlets including Kameme Tv, K24, People Daily newspaper among many others local dialect radio stations. Gatonye Wa Mbugua has been working for over 15 years and due to skill and talent in the radio industry has gained alot of popularity. He is the current head of radio managing the station with over 4Million fans. Gatonye wa Mbugua was born in 1974, he is 49 years old as of (2023). He was born and raised in Murang’a county, Mt Kenya Region

Gatonye Wa Mbugua is the most influential radio personality with his morning show “Arahuka” Ranked 2nd most listened show country wide. The show is estimated to be listened by over 1.9M fans slightly behind Classic’s Fm morning show listened by approximately 2.5 listeners. The show is hosted by legendary presenter Maina Kageni alongside Mwalimu Churchill Ndambuki. He is among top 5 most highly paid radio presenters in Kenya. Gatonye Wa Mbugua hosts the Arahuka show which airs between 6:00am and 10:00am alongside his co-host Muthee Kiengei who is also an MC and an apostle.

Gatonye started as an actor at the Kenya theater in Nairobi after completing his university studies. He used to act alongside his friend Ken Wa Kuraya who is now a news anchor at Inooro Tv. The duo also featured in a Kikuyu comic movie back in the mid 2000’s. Gatonye later joined kameme fm as programmes producer before becoming a presenter in the early 2010’s. Gatonye became famous after hosting the ma-watchmen show alongside his co-host Muthee Kiengei that aired between 9pm and 12:00 midnight. The late night show became popular due to their comical discussion the left the listeners cracking their libs.

After the station reshuffled their presenters, the duo were placed to host the morning show Arahuka after Njogu Wa njorege left Kameme for Gukena Fm that had been newly launched by Radio Africa. Njogu Wa Njoroge was the most popular radio presenter during that time having interviewed  top profile people in the country including former president H.E Uhuru Kenyatta. Thats how Gatonye dethroned Njogu Wa Njoroge who now work at Kayu Fm after his political ambition to become a member of Parliament hit the wall.

Gatonye is known for analysing political agendas and criticizing the politicians during the campaign season. His professional and articulate way of reading and analysing newspaper also puts him at top of his game. Kiengei also rose to fame after their show with Gatonye wa Mbugua. He now also have his own Tv Show Kiengei Live at Kameme Tv.

The Radio presenter has tried to keep his family and private life out of public. According to our source who asked for anonymity, he live a lavish life in one of the prestigious estates in Nairobi along Thika road. He is married to one wife and has 3 children.

Gatonye drives high end vehicles and owns mansion in Nairobi. He also runs several businesses that are not disclosed in this article. Gatonye wa Mbugua earns an a salary of ksh 1.25 Million as the radio boss. He also have the best vernacular radio presenters award 2018 and 2019. Gatonye also received the prestigious Head of State commendation (Hsc) from former president Uhuru Kenyatta. He is estimated to be worth Ksh 150 Million. Tanasha Donna Sells Her BMW To Shoot Her Music Video